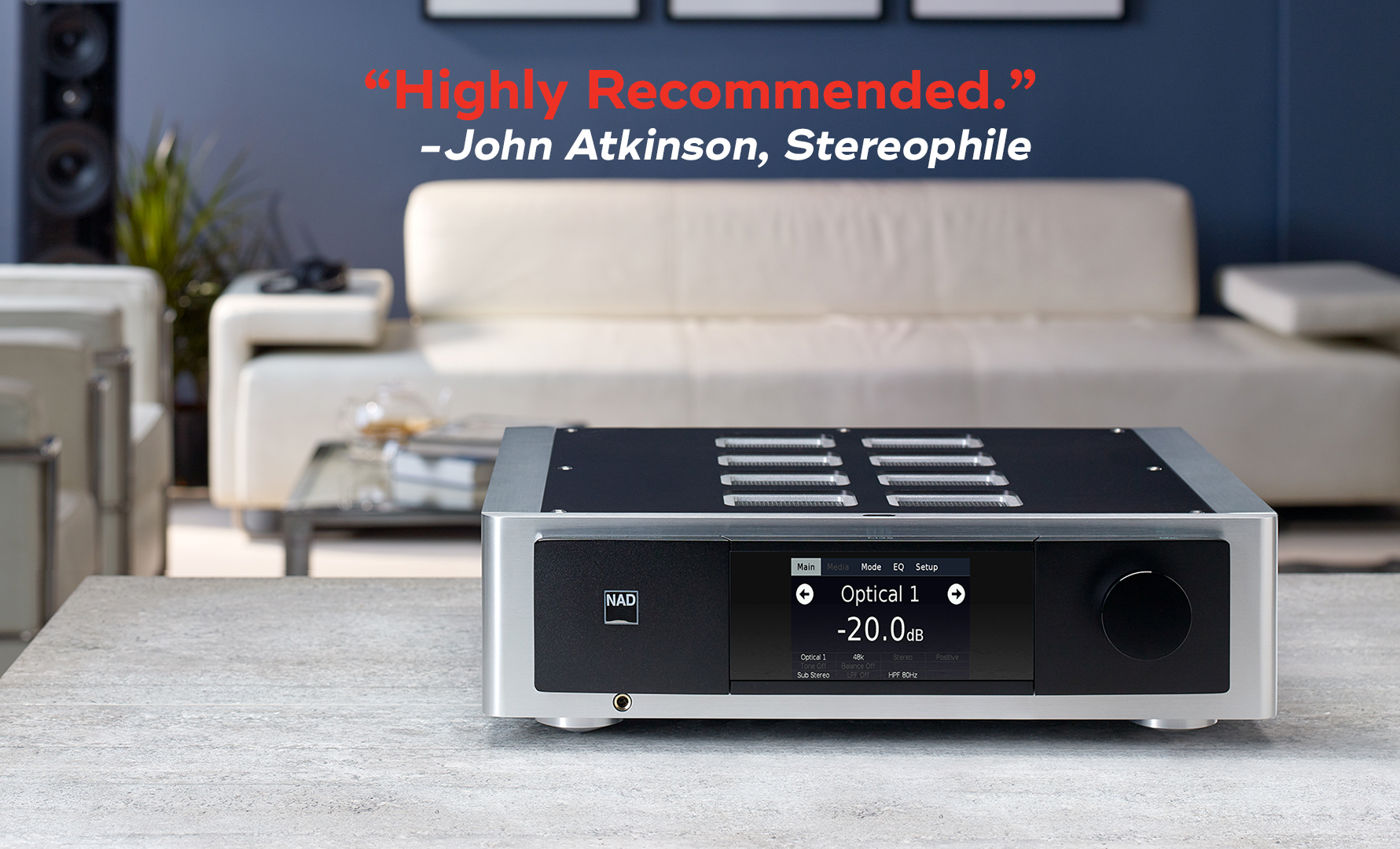 Following his review of the NAD M50.2 Digital Music Player, writer John Atkinson has turned his attention to the NAD M32 DirectDigital™ Amplifier. Released at the beginning of 2017, the M32 features NAD’s DirectDigital™ amplification technology, which skillfully combines all pre-amplification and power amplification functions into a single amplifying stage. Complete with an MM phono input and a headphone amplifier, the NAD M32 also wields NAD’s Modular Design Construction (MDC) technology which allows users to easily integrate BluOS into their system and stream hi-res music, popular streaming services and Internet radio stations using a phone, tablet, or desktop. MDC’s upgrade architecture also future-proofs your NAD component, allowing you to keep up with the latest technologies as they emerge.

In his review for Stereophile, Atkinson compared the M32 to other components such as the Luxman L-509X and a pair of Lamm Industries M1.2 Reference monoblocks. Atkinson goes on to describe how he dropped the M32 in and out of his system “during listening sessions for other components I’ve been reviewing recently, and what emerged as a consistent signature was a clean, clear quality of sound that stepped out of the music’s way with every pair of speakers I used.”

“Stereo imaging was superb—stable, precise, and accurate on my own recordings,” says Atkinson. Rounding out his review, Atkinsom concludes that the M32 punches above its price class and is “highly recommended.”

Read Stereophile’s full review in their May 2018 issue