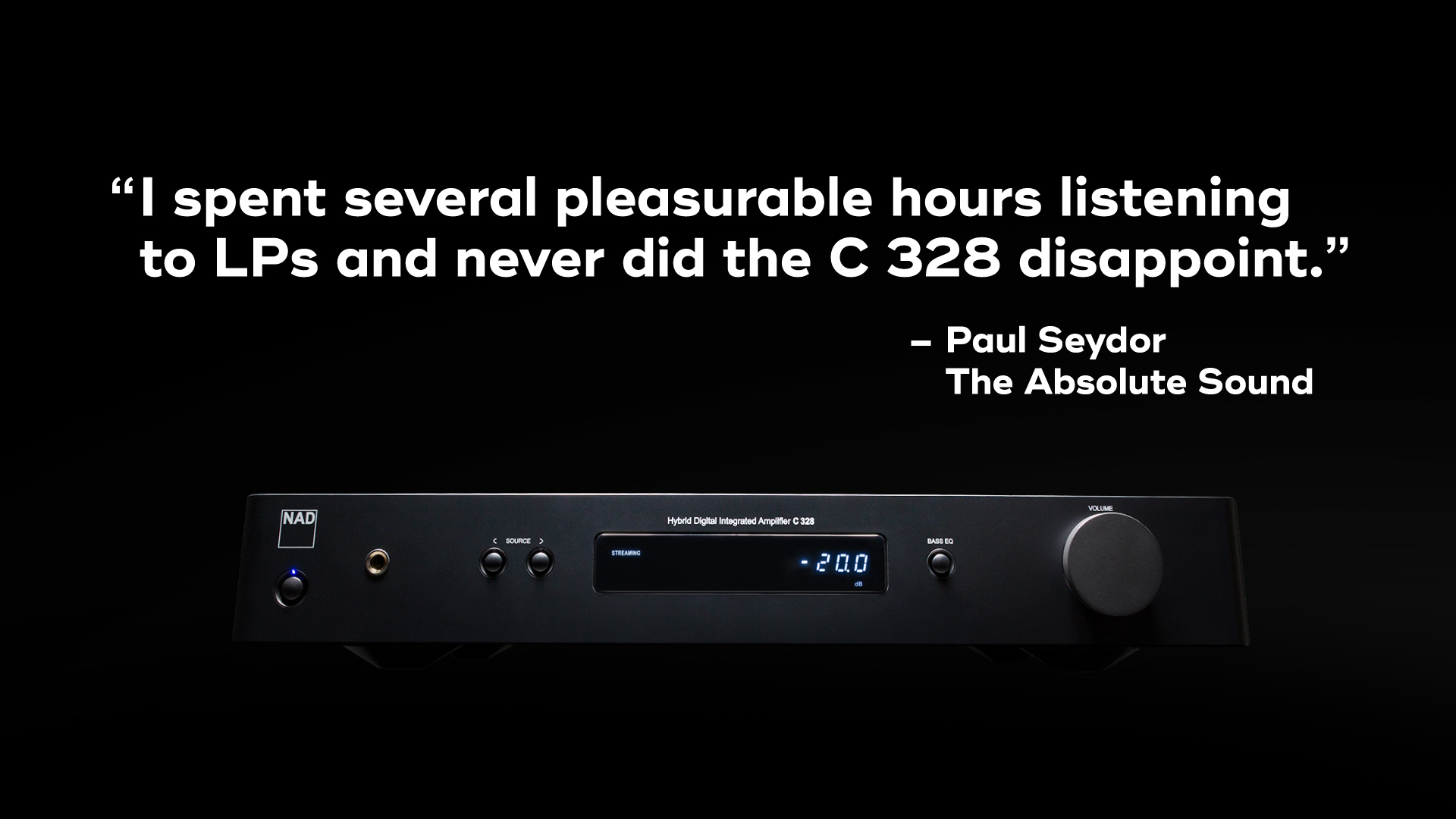 “The C 328 astonished me the day I first turned it on, and astonished I remained day in, day out during the evaluation period,” says writer Paul Seydor in his review of the C 328 Hybrid Digital DAC amplifier. In his review for The Absolute Sound’s February issue, Seydor describes the C 328 as “super clean, exceptionally transparent [and] highly detailed,” going on to say that its performance is exactly what he expects from a brand like NAD. “[NAD is] a company that has few equals and no superiors when it comes to value-driven products with minimal compromise.”

Already familiar with NAD having reviewed the C 326BEE a decade earlier, Seydor doesn’t hesitate to test the C 328 with some challenging pieces of music such as Beethoven’s “Waldstein.” Using a Richard Goode recording of one of Beethoven’s most notable sonatas, Seydor says the C 328 effortlessly reproduced the track’s dynamics. “I put the C 328 through its paces with the Richard Goode recording, and again the grip and control were little short of amazing.”

Switching to vinyl, Seydor decided to use Singapore-based artist Jacintha’s tribute album to James Taylor and found that he “was instantly seduced,” describing the vocal reproduction as rounded and dimensional. Seydor goes on to say that he experienced the most joy with the C 328 while listening to vinyl records. “I spent several pleasurable hours listening to LPs and never did the C 328 disappoint—the sound notably open, unconstructed, wide in dynamics, and extraordinarily low in noise.”