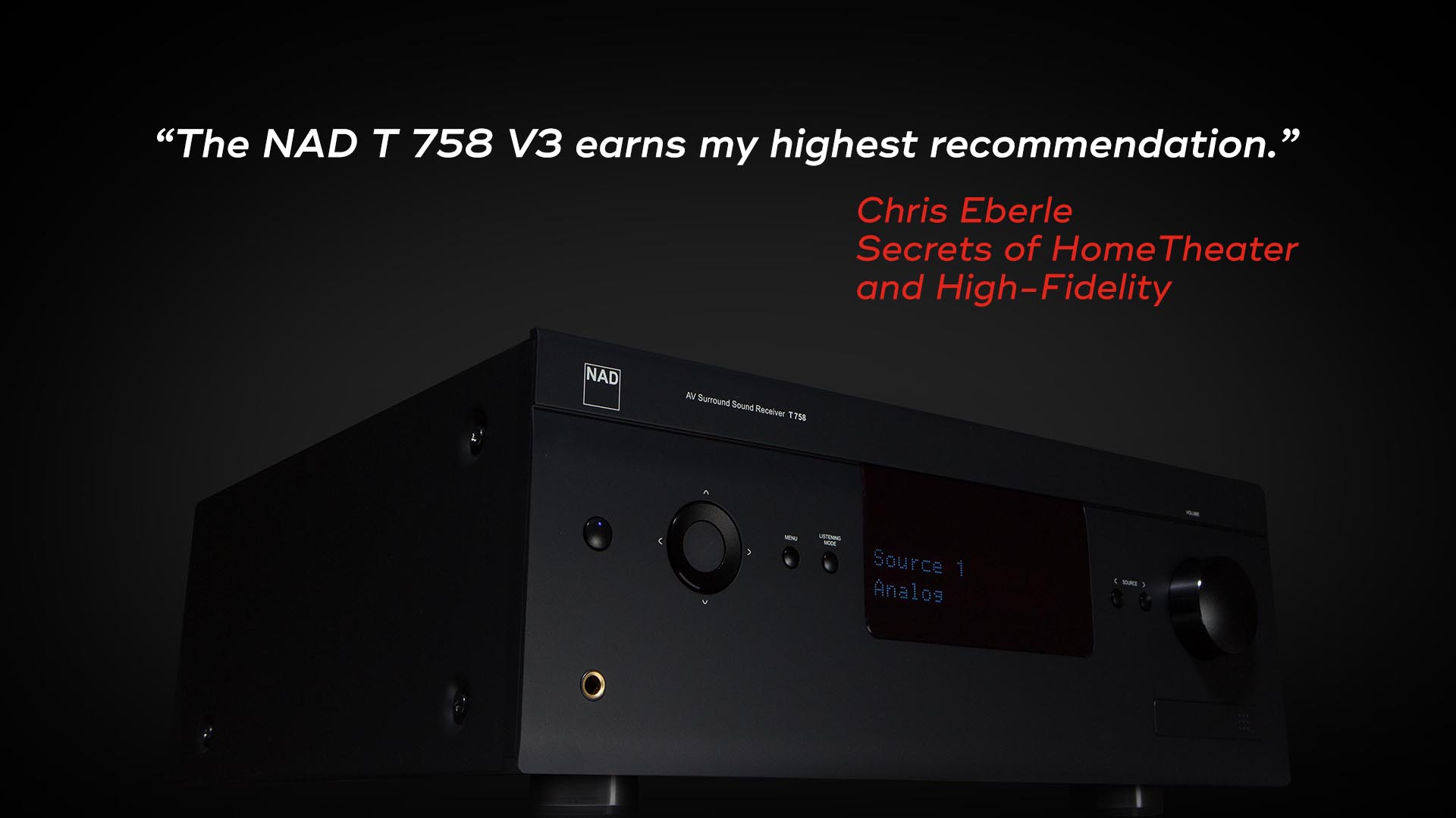 “There is little to say against the NAD T 758 V3,” says writer Chris Eberle in his Secrets of Home Theater and High Fidelity review. Covering everything from Dirac Live to Dolby Atmos®, Eberle confirms that “the T 758 V3 follows NAD’s design mantra of simplicity and clean sound.”

Eager to test out Dirac Live LE for NAD, a free room correction software that is integrated into NAD’s new AVR line, Eberle found that the Dirac Live software proved to be most effective software for analyzing your speakers and room acoustics. “This advanced room correction system goes far beyond Audyssey and addresses not only frequency but also impulse response. The result is a well-balanced sound that brings out tons of detail and presents it in a wide soundstage.”

Eberle was also excited to experience Dolby Atmos, the latest in 3D surround sound technology. Using the PSB Imagine XA Dolby Atmos Enabled speaker, Eberle discovered that the speakers delivered sound “that extended past the top of my screen.” While watching films like Wonder Woman and Batman v Superman: Dawn of Justice, Eberle noted that the action sequences were “rich in dynamics and totally immersive.”