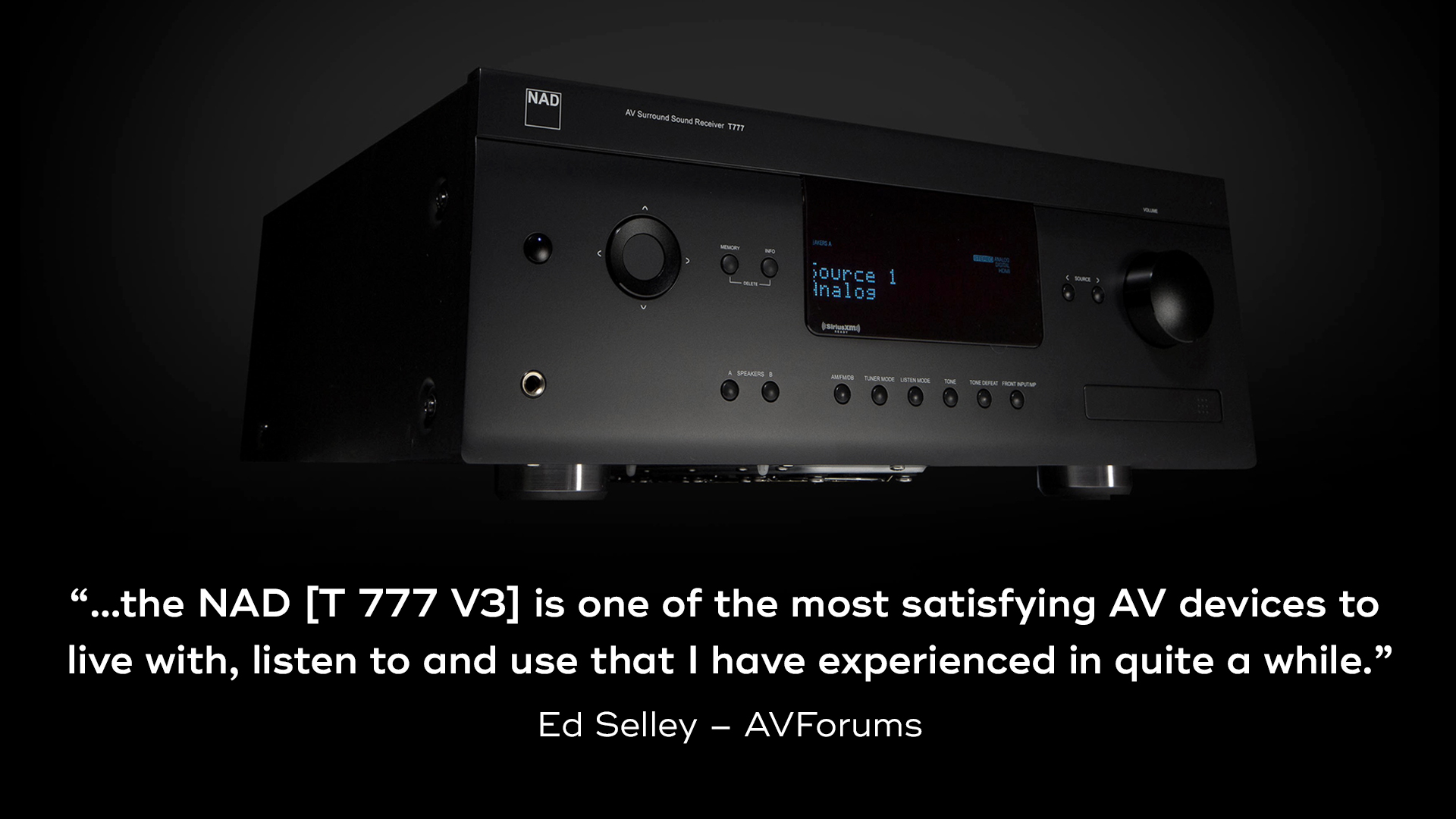 Brimming with some of today’s most advanced audio and video technologies, including Dolby Atmos® and 4K UltraHD (60p/4:44) video pass-through, the NAD T 777 V3 is a remarkable addition to NAD’s esteemed line of A/V receivers. In AVForums’ review, writer Ed Selley says, “…the NAD [T 777 V3] is one of the most satisfying AV devices to live with, listen to and use that I have experienced in quite a while.”

Tested in a system featuring five Elipson Planet M speakers and a BK Electronics P300SB subwoofer, Selley found that the T 777 V3 effortlessly delivered soundtrack material free from embellishments. Selley first turned to Michael Bay’s 2007 film, Transformers, and quickly realized that the T 777 V3 could easily handle even the most ballistic of scenes. The T 777 V3 sounded fantastic in both multi-channel and stereo modes according to Selley, who also believes that listeners would be more than satisfied with the additional room correction settings offered by Dirac Live.