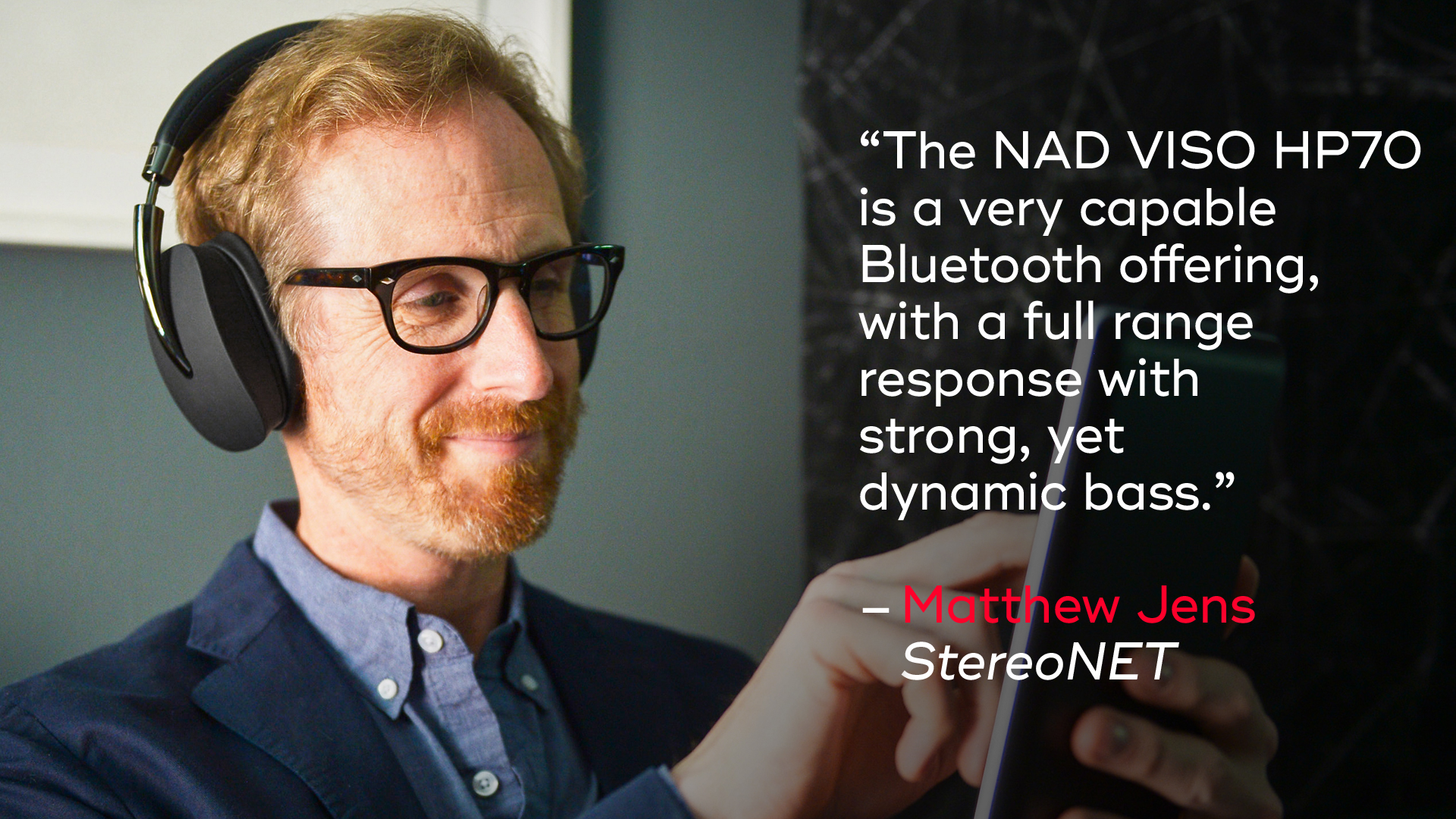 At the beginning of his review for StereoNET, writer Matthew Jens recalls a recent trip overseas with a few of his colleagues. While en route, Jens was asked if he had any headphones to spare. Having been given a pair of NAD HP70s—the first wireless noise cancelling headphone from NAD Electronics—Jens offered the headphone to his colleague. “He enjoyed them so much that it took over a week to pry them away from his vice grip,” says Jens. “His enthusiasm sparked my curiosity though. Why did these headphones leave such a big impression?”

From the moment he laid eyes on them Jens was intrigued by the HP70. “Immediately, I loved the look and feel of these headphones,” says Jens. “They are unique; chunky and intuitive, but still elegant and sleek.” Jens also commended the NAD HP70 for its inclusion of a 3.5mm headphone jack which Jens says is “sadly becoming rare on wireless headphones.”

When it came to the HP70’s acoustics, Jens says that the headphone delivers an exciting sound signature. “The dynamic range is the first thing that reaches out and grabs you. Soft and gentle violin passages are neatly tucked away in the mix, and booming bass lines are right out in front where they are intended to sit.”

When comparing the NAD HP70 to Bowers & Wilkins’ PX, Jens says “the bass on the HP70 is a lot more exciting and impactful, giving a bit more punch to the midbass and some more rumble down low.” Overall, Jens says that “the NAD VISO HP70 is a very capable Bluetooth offering, with a full range response with strong, yet dynamic bass, and ludicrously intuitive controls.”