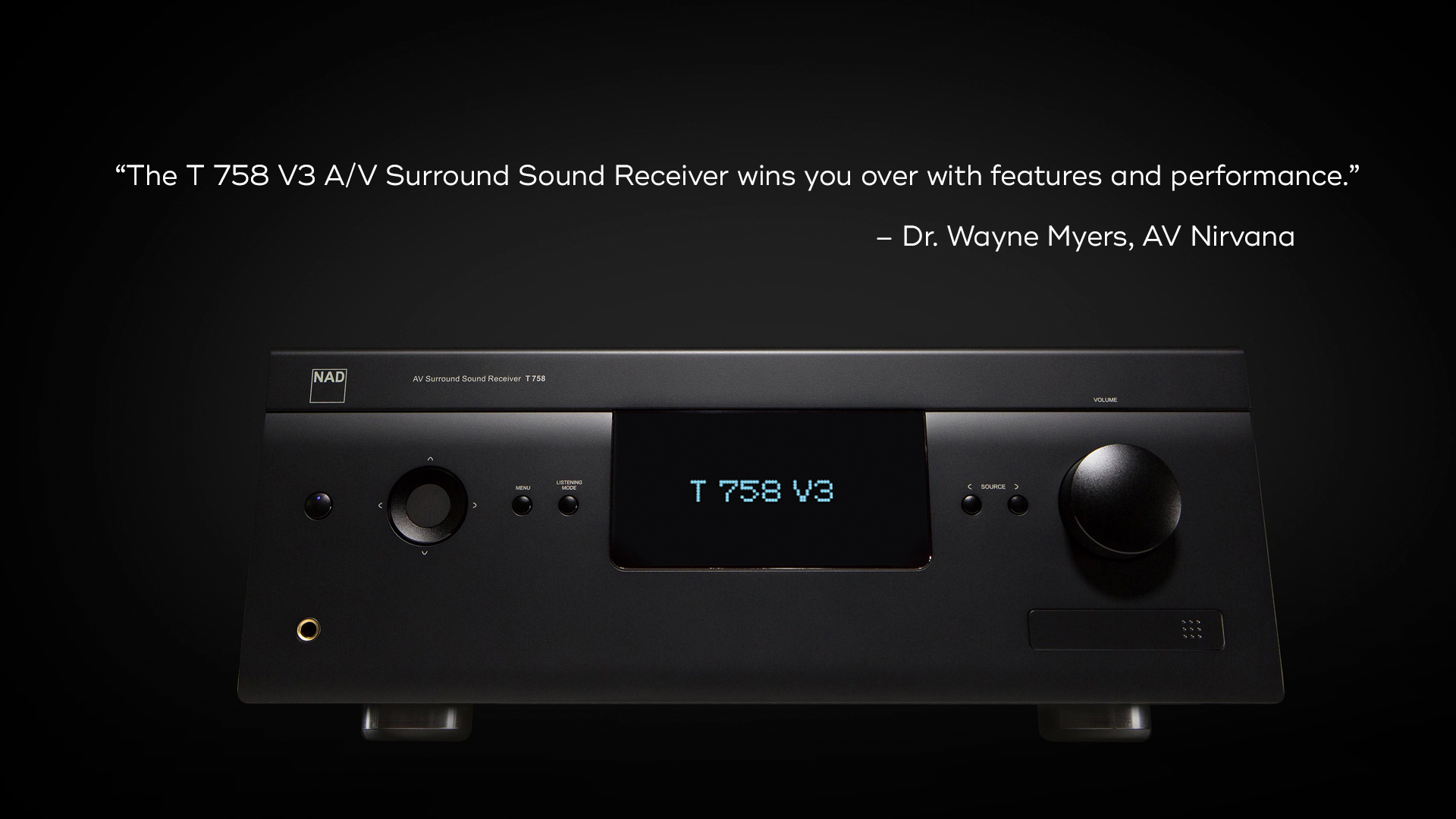 Acknowledging NAD’s longstanding “simple is better” approach when it comes to designing their components, Myers says the T 758 V3 is a prime example of how NAD “makes user accessibility as much of a reality as their power and distortion specs.” While reviewing the T 758 V3, Myers found controlling the BluOS enabled A/V receiver and its many features to be a breeze. “[The T 758 V3] delivers a fluid user-friendly experience from initial setup through cranking up your favorite album or movie.”

Myers goes on to specifically highlight both Dolby Atmos and Dirac Live, saying the combination of the two “makes the T 758 V3 a serious solution for the home cinema buff who insists on the best audio possible.” While listening to albums from Pink Floyd and Porcupine Tree, Myers says the T 758 V3’s delivery was “clean, effortless, completely transparent, absolutely free of any indication of onset of clipping.”

Myers concludes his review by saying the T 758 V3 “represents an exciting set of features at a terrific value, and simplicity that will have you wondering why other AVR makers do not do the same.”