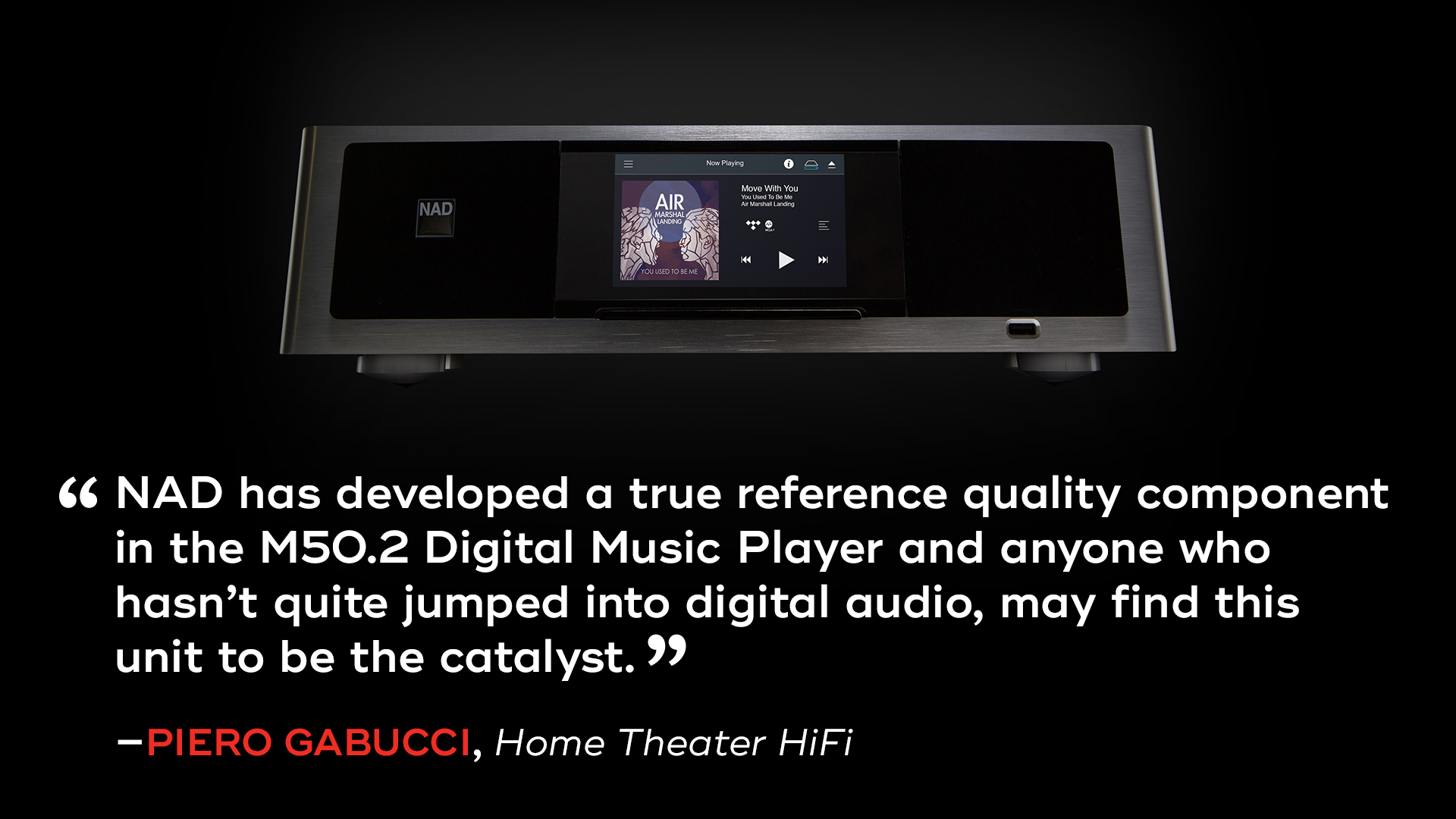 At the beginning of the review, Secrets of Home Theater and High Fidelity writer Piero Gabucci expresses some hesitation at the idea of welcoming a “computer” into his home audio setup. “I really didn’t want a computer in my audio room mostly for reasons of frustration,” says Gabucci. “I did begin to have a laptop with music, connected as a DAC and sent to my preamp. Great potential, but it just wasn’t the same.” However, when it came to NAD’s new flagship M50.2 Digital Music Player, Gabucci found himself becoming more of a believer. “NAD has developed a true reference quality component in the M50.2 Digital Music Player and anyone who hasn’t quite jumped into digital audio, may find this unit to be the catalyst.”

Starting with his CD collection, Gabucci was “very impressed with the CD transport and the ripping function of the M50.2.” While listening to All the Roadrunning by Mark Knopfler and Emmylou Harris, Gabucci found that the musicians’ voices were “strong, clear and warm and the music was beautifully staged and dynamic.”

Using BluOS®, the built-in wireless music streaming technology, Gabucci was able to easily connect the M50.2 to his home network and set it up to stream Tidal, his go-to music service for its high-resolution capability. When listening, Gabucci said Tidal streams sounded “dynamic and clean” and delivered “fine detail and low volume levels and open, spatial dynamics at upper volume levels”.

“The NAD M50.2 would make accessing this music much easier,” said Gabucci about HDtracks and the ability for you to connect to their online store via the BluOS app and download music directly to the M50.2’s internal 2TB hard drive.

While initially unconvinced about the ease of us and capabilities of the M50.2, Gabucci was ultimately won over by the NAD component. “The difference for me is that I would actually listen to more music because of the convenience afforded by the M50.2.”