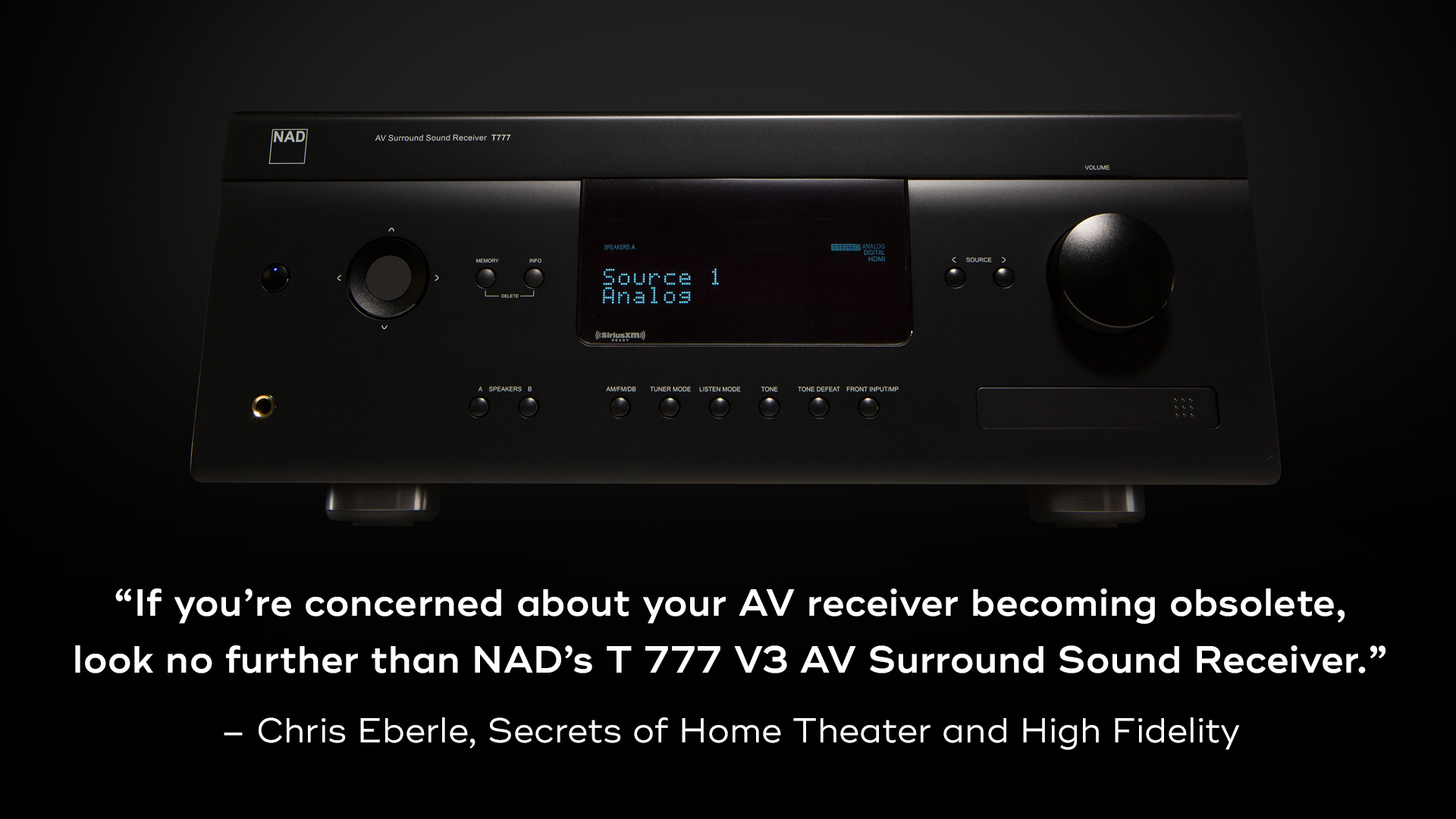 Writing for Secrets of Home Theater and High Fidelity, Eberle describes testing the NAD receiver alongside a pair of Axiom LFR1100 tower speakers with PSB Speakers’ Imagine XA Dolby Atmos® enabled speakers placed on top. While watching films such as Batman v Superman: Dawn of Justice, Eberle says that “the T 777 V3 sounds amazing here and I was inspired to add more speakers to my theater for even better Atmos.”

When it came time to test the T 777 V3 with music, Eberle purposely chose a bad recording of Shostakovich’s “Symphony No.5” to see if the receiver could save it. Ultimately, Eberle found that “despite those flaws [of the track], the NAD had no difficulty rendering the finest details and bringing the brass and woodwinds to the fore when appropriate.” Eberle also found that the T 777 V3 delivered while listening to “My Time of Dying” by Led Zeppelin. “I’ve heard this song a hundred times but the T 777 V3 introduced me to Jimmy [Page’s] amplifier in a whole new way.”

In a time when new technologies are emerging faster than ever, Eberle says that “if you’re concerned about your AV receiver becoming obsolete, look no further than NAD’s T 777 V3 AV Surround Sound Receiver.”