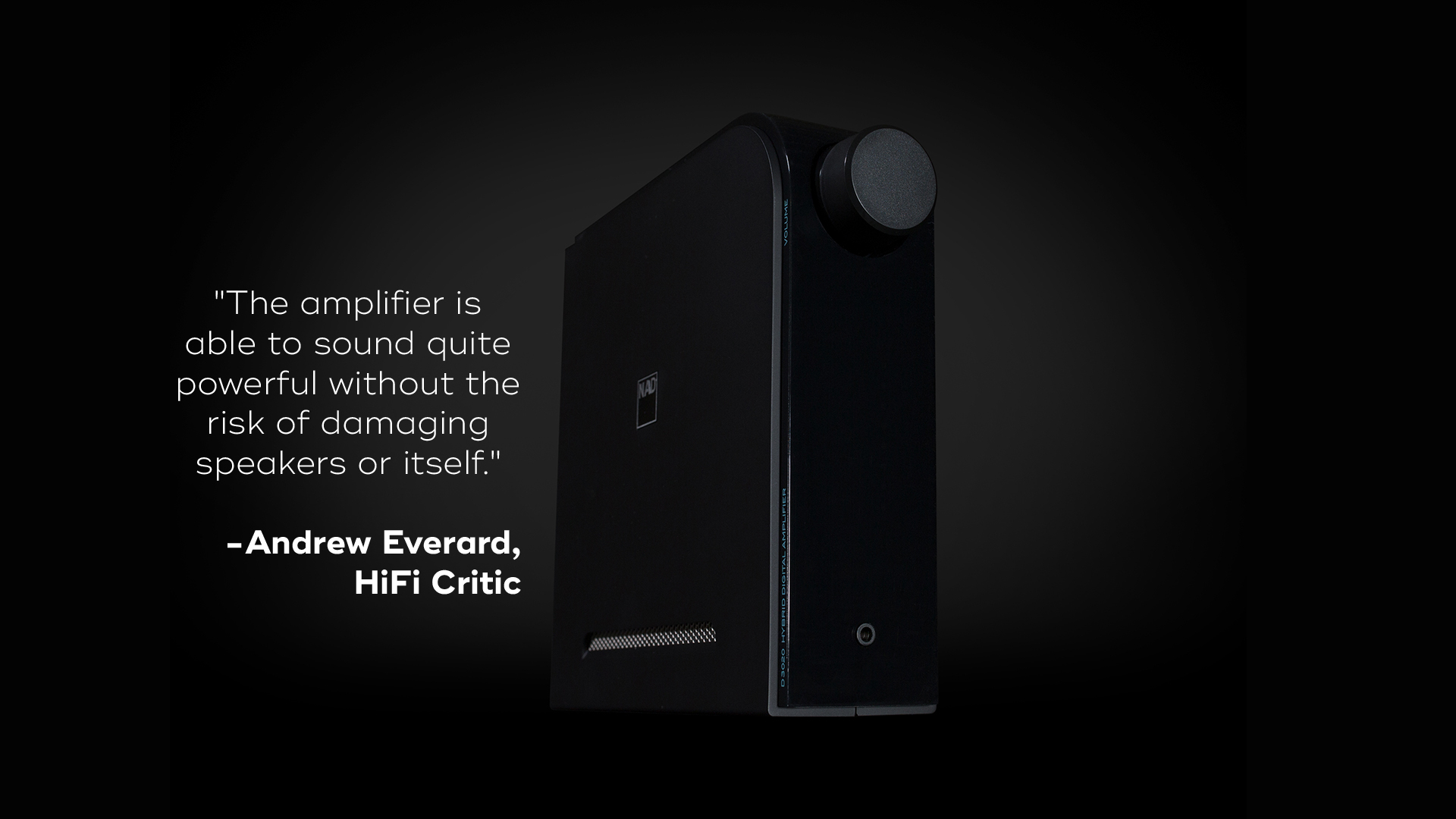 If you were to ask an audiophile that grew up in the 1980s what their first component was, they’re more than likely to say it was an NAD 3020. Known to most as the best-selling amplifier in the history of high-fidelity, the NAD 3020 introduced hi-fi to the masses. Such was the case for writer Andrew Everard. At the beginning of his HiFi Critic review of the new NAD D 3020 V2, Everard reflects on how he came to own an original 3020.

Citing it as his first “real” amplifier, Everard worked at a public library in order to save up enough money to buy the 3020. Paired with his Sansui SR-22 turntable and some Mordaunt-Short Pageant speakers, Everard can still recall the warm sound that the 3020 delivered. Nearly 40 years later, Everard is experiencing that same memorable performance with the D 3020 V2.

Although he says the D 3020 V2 looks simple at first glance, Everard is quick to point out that the Hybrid Digital DAC amplifier is surprisingly very flexible. Featuring coaxial and optical digital inputs, the D 3020 V2 also has Bluetooth® aptX, as well as an MM phono input. Another feature of the D 3020 V2 that Everard highlights is NAD’s renowned soft-clipping system, which allows the 3020 to sound powerful without damaging a user’s speakers.

When it came time to test the D 3020 V2, Everard looked to Sly & Robbie’s 2018 joint project with Nils Petter Molvaer, Nordub. Everard found that the D 3020 V2 brought out the nuances of the solo instruments. After listening to works by Mickey Hart and Rachel Podger, Everard concluded that the D 3020 V2 is capable of taking on anything.