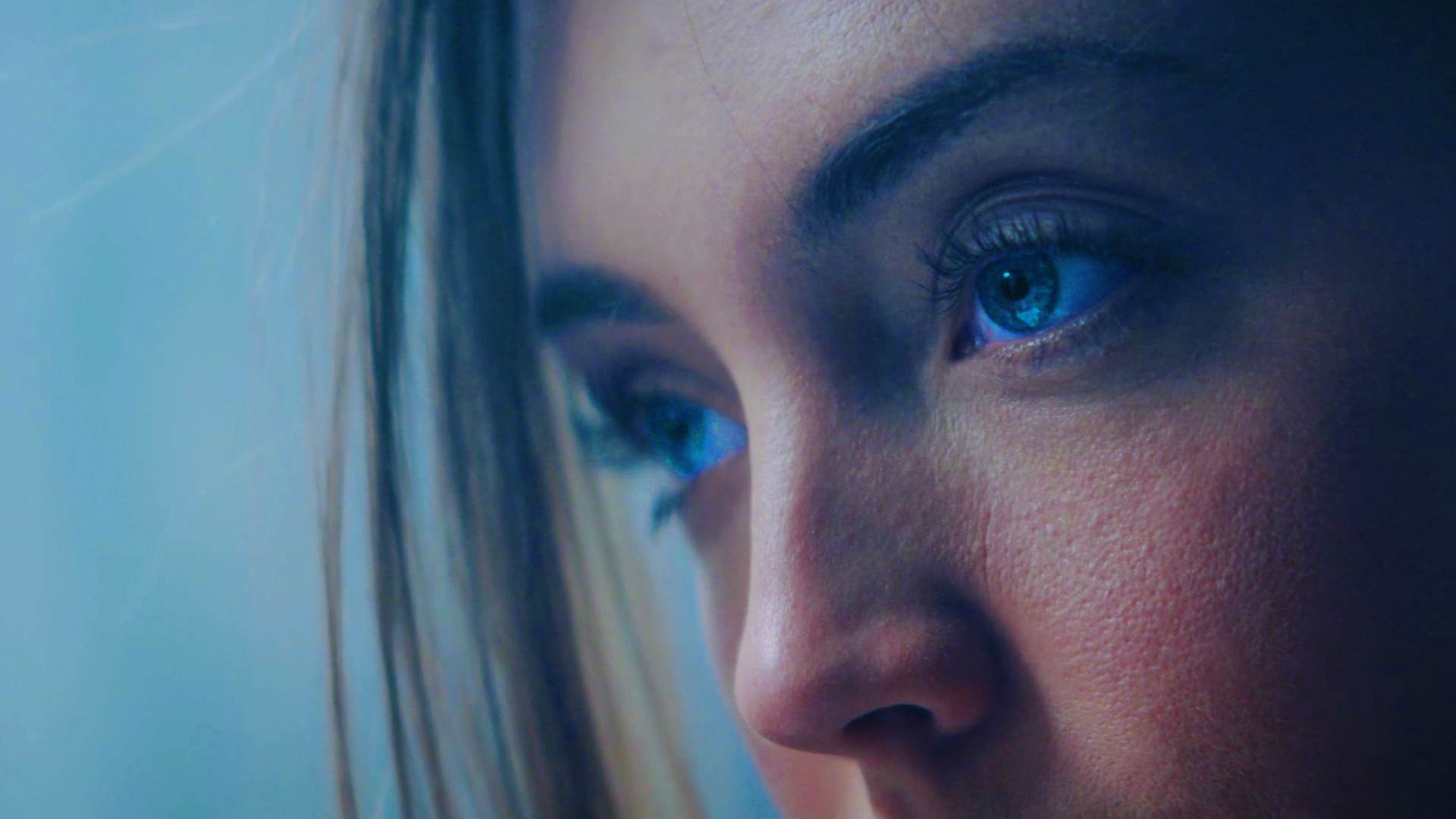 Since being introduced in 2005, NAD’s flagship Masters Series has been pushing the boundaries of home audio components. Featuring some of today’s most advanced amplification technologies, the NAD Masters Series was designed to show that high fidelity audio and expert craftsmanship could be accessible for all. Nearly two decades later, NAD is raising the bar once more with the NAD M10. Rich with features, the M10 delivers flawless audio reproduction and incredible versatility.

To capture the care and expertise that the M10 represents, we put out a call for artists who could eloquently illustrate the emotion conveyed by the M10’s performance. As a graduate of Canada’s largest and most prestigious art and design university, Toronto-based artist Melanie Keay was the perfect candidate to bring the campaign to life on film. Infusing everything from painting, drawing and sculpturing into her work over the years, Melanie also uses music to fuel and influence her creative craft, letting the sounds of different music drive and create unique personal pieces.

Selecting three distinct pieces of music to act as her inspiration, we asked Melanie to create works of art based on how the songs—when played through the M10—made her feel. The end result were three paintings that perfectly encompasses the feeling of listening to music with the M10, while representing NAD’s 45-year commitment to excellence and innovation.

Here, we talk with Melanie about her creative process and how the music inspired the final pieces.

NAD: Why do you choose to listen to music while creating your artwork?

Melanie Keay: I always have music playing when I’m painting as a way of quieting my mind and focusing on the task at hand. It can be difficult to turn off that part of the brain that thinks so logically, making room for creativity without judgement. Music helps me with that.

What kind of music inspires you the most and how does it affect your creative process?

There is no specific type of music that inspires me, I just listen to whatever is speaking to me at that moment. It is so mood-dependant, therefore the genre of music is always changing. It certainly affects the way I paint, whether it’s the pace of movement with the brush, or the colours I’m using, but I really just feel it has this unique ability to tap into some of those buried thoughts and emotions and help output them onto the canvas.

We asked you to create three paintings while listening to three different pieces of music. Can you describe how the music inspired the final outcomes?

For the first piece, the song felt very vocal—Paula [Champion’s] voice being the focus of the song, and the instrumental component secondary. I was thinking about the lyrics as well, the idea of saying goodbye and parting with someone you love is somewhat paradoxical in that it is both painful and peaceful simultaneously. 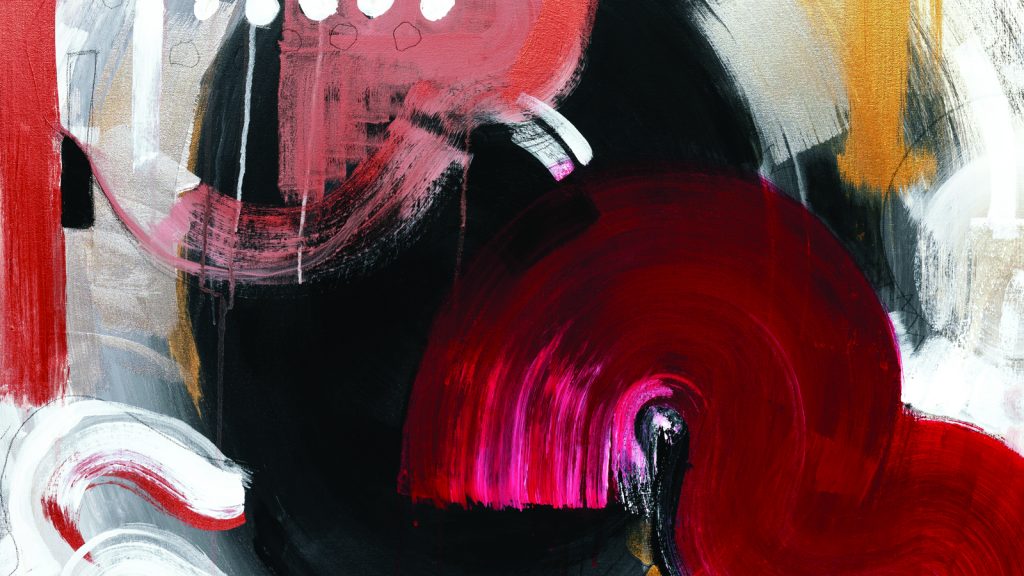 The black circular shape in the centre felt like a portal with these coloured brushstrokes were either coming out of or leaving through. Each brushstroke was inspired by the beauty and dimension of Paula’s voice.

For the song “Touch” by Ghostly Kisses, I was intrigued by the title of the song and thought it would be interesting to introduce an almost figurative quality to the work. The word itself is tactile, and I wanted the forms to somehow reflect that. I think the fact that the two forms are not actually touching, but are so close presents a kind of tension in the piece which I felt through the music…tension in the sense of wanting something, or someone who is just barely out of reach. 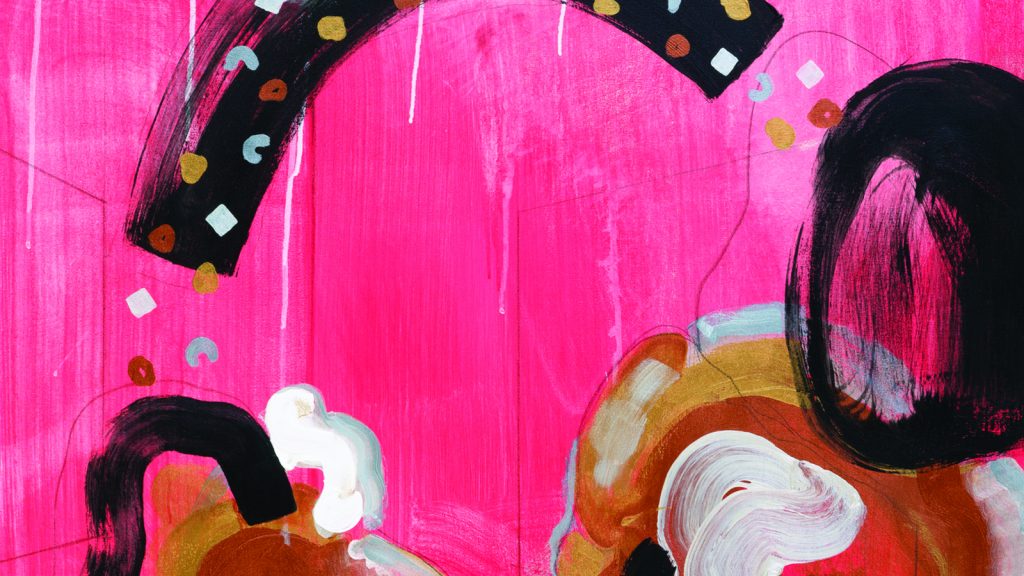 The electronic smoothness of the song inspired these liquid-y curving brushstrokes that just felt really natural with the pace of the song. The rainbow form at the top suggests that these forms are connected in some way, through emotion, music, or whichever way you would like to interpret the shapes flowing between them. Beyond that, I decided to put the forms in some recognizable architectural space to give a feeling of privacy, intimacy and closeness between them.

The classical piece felt quite a bit more energetic than the others, so I wanted to work with some larger brushes and diluted paints to create some very expressive brushstrokes with the metallic paints for the under painting. Layer by layer I worked my way to smaller brushes with more controlled movements and forms that moved along the canvas almost sequentially. It felt, to me, very much the way a symphony operates—all these separate components working together towards one big picture. 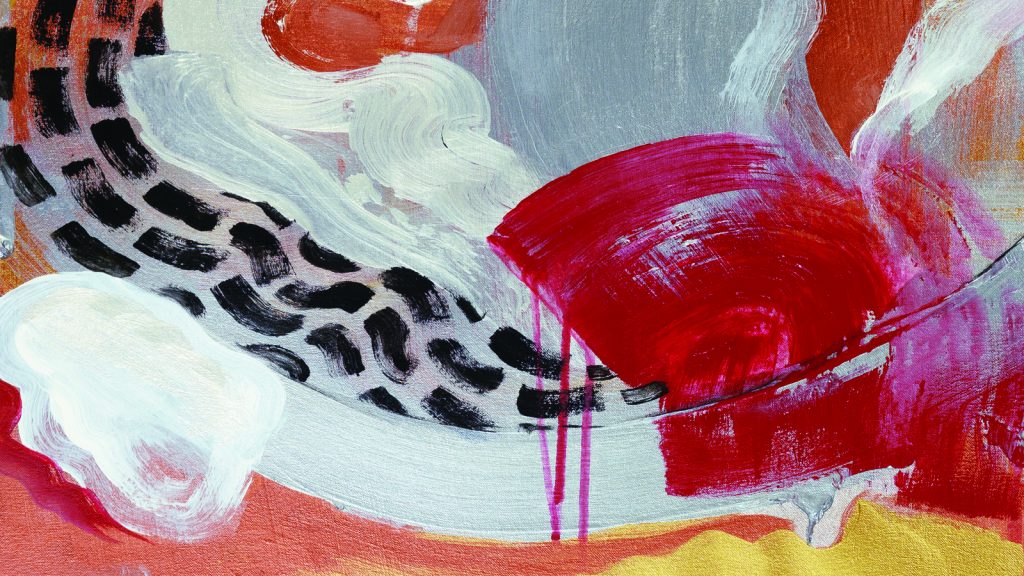 The composition organically became this circular, swirling motion that directs the eye from the top left corner, around the painting to the bottom, and then up again where it started—it becomes a dance for the eyes around the canvas repeating itself.