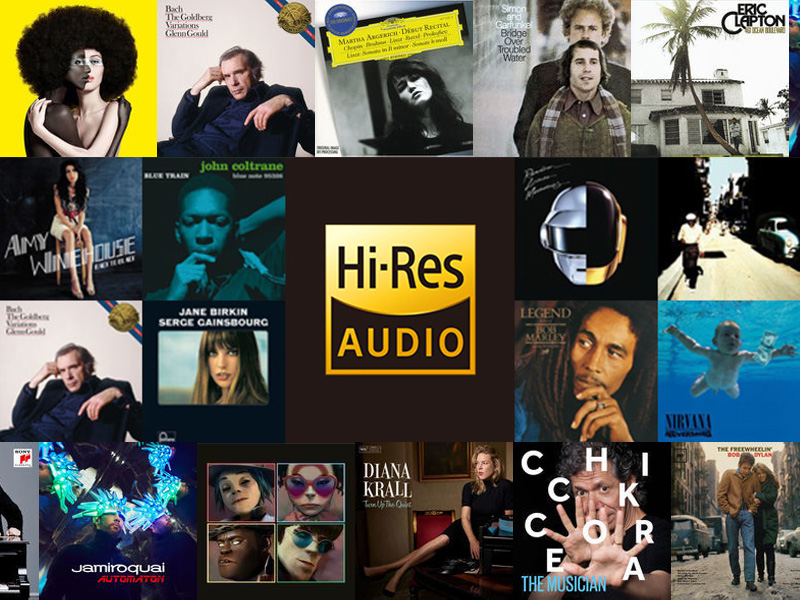 PICKERING, CANADA, AUGUST 28, 2017 – BluOS®, the music management and distributed audio platform shared by Bluesound and NAD Electronics, is keen to up the ante in the distributed audio space with its high resolution audio message at the upcoming CEDIA trade show that runs September 5-9, 2017, in San Diego, California. The platform will have its own space at CEDIA, booth number 4630, where it will showcase its integrations with home control systems running on Bluesound’s wireless multi-room players, and NAD’s suite of BluOS Enabled hi-fi components across its Classic, Masters, and Custom Install lines. As well, BluOS will be represented by Bluesound at the Stream the Studio booth (#5518), an initiative of the DEG: The Digital Entertainment Group, in order to create more awareness about high resolution audio, and the technical standards that support it.

“High resolution audio is misrepresented,” says Andrew Haines, Product Manager for BluOS. “There are a lot of devices and platforms that claim they are capable of high resolution audio, but this preys on the fact that most people aren’t aware that there are technical standards that must be met to back up those claims.”

Haines is referring to the specifications concerning audio processing and playback, which have been codified in recent years by Japan Audio Society. The term “Hi Res Audio” and its corresponding logo can only be applied to devices that can support, audio signals at 96 kHz/24 bit resolution or higher.

“Coming from hi-fi roots, it was and is important that our platform and the hardware partners that we bring on board are also committed to high resolution audio,” Haines continues. “BluOS is the original and still one of only a few ecosystems that can support up to 192 kHz/24 bits in up to 64 zones.”

“Custom installers often deal with discerning clients who want the best, and that includes technologies and devices that offer the best possible sound quality,” adds Greg Stidsen, Director of Technology and Product Planning for NAD Electronics. “The reason NAD’s custom installation offerings are so compelling is that we are combining audiophile-grade hardware with a high resolution distributed audio operating system in BluOS. The result is accurate handling of audio data through the entire signal path, where nothing is altered or down-sampled from the source file through to the DAC.”

“And if you also spec in speakers from our sister company, PSB Speakers,” Stidsen adds, “You essentially get a closed-loop system where every touch point in the signal path are tuned to work together to optimize sound quality. It’s a unique offering in the marketplace that no other company has managed to achieve.”

While the Hi Res Audio certification is specific to hardware, in June of 2015, the Recording Industry Association of America, DEG, and The Recording Academy Producers & Engineers Wing, unveiled the “Hi Res Music” specifications and logo to differentiate music that has been mastered at a minimum of 48 kHz/20 bits, which is better than CD quality. This specification, backed by the biggest labels in the music industry, has been instrumental in expanding the amount of high resolution music available, which was a point of frustration for those who had invested in audiophile-grade hardware only to experience difficulty in obtaining high resolution source material. Today, Hi Res Music is readily available on a number of streaming services and in a range of musical genres, many of which are natively available on BluOS Enabled devices.

The creation of the Hi Res Audio and Hi Res Music specification programs paved the way for the Stream the Studio initiative, which debuted at the Consumer Electronics Show (CES) in Las Vegas earlier this year. The initiative is being driven by DEG, an industry association that includes a wide array of members, including the major music labels, device manufacturers, and technology companies that are committed to jointly promoting these specifications and getting consumer uptake of Hi Res Audio devices and Hi Res Music. Since CES, the initiative has had a presence at some of the world’s most prominent trade and consumer technology events, including SXSW in Austin, TX; Music Biz in Nashville; MIDEM in Cannes, France and Mobile World Congress in Barcelona, Spain. Stream the Studio is now making its way to CEDIA Expo with a space on the show floor and a keynote session featuring a number of executives from across the industry. BluOS will be represented in the Stream the Studio booth at CEDIA by its hardware partner Bluesound.

Among the most exciting technologies to emerge around Hi Res Music is fellow DEG member MQA Ltd., Master Quality Authenticated. In partnership with major and independent record labels, as well as premium download and streaming services, the company is working to drive availability of original studio master recordings, encoded using its proprietary “origami” technique into files which are small enough to stream and download easily. As well, MQA takes care to certify hardware products that handle its technology to ensure that the handoffs of audio data and the processing capabilities at each touch point along the signal path meet certain technical criteria. This means that MQA certified products are capable of accurately “unfolding” and delivering the audio data contained within MQA files so consumers get the full benefit of the studio master recordings of the music they love.

All BluOS Enabled components from NAD Electronics and Bluesound are MQA certified, representing the largest ecosystem on the market capable of decoding MQA files, yet another sound quality differentiator for the platform in the distributed audio space.

“With the hardware and software partners we’ve chosen to work with, we have taken a lot of care into building an ecosystem dedicated to high quality sound up and down the chain,” says Haines. “We think custom installers will see the value in the integrated approach we’ve taken, where the operating system, musical sources, playback controllers, and hardware all play nicely together to optimize sound quality and minimize system conflicts. Add that to the world class team of dealer support representatives we have and it becomes hard to ignore what we are offering.”

About DEG: The Digital Entertainment Group

The DEG advocates and promotes entertainment platforms, products and distribution channels, which support the movie, television, music, consumer electronics and IT, industries. DEG’s current objectives include:

BluOS® is a premium multi-room audio ecosystem that manages stored and cloud music sources and playback, with support for high resolution audio streams up to 24/192. Adopted by some of the most renowned hi-fi audio brands and integrated with numerous smarthome control systems, BluOS allows for interoperability among enabled devices across brands for maximum versatility and use cases. Integrations with popular streaming music services like Tidal, Spotify, Qobuz, and Deezer, as well as featuring support for FLAC, WAV, MQA, and other high resolution formats and codecs, BluOS offers virtually unlimited access to music of all genres for any occasion. Made up of an operating system and a control application for smartphones, tablets, and PC desktops, BluOS is the ultimate choice for the modern audiophile.